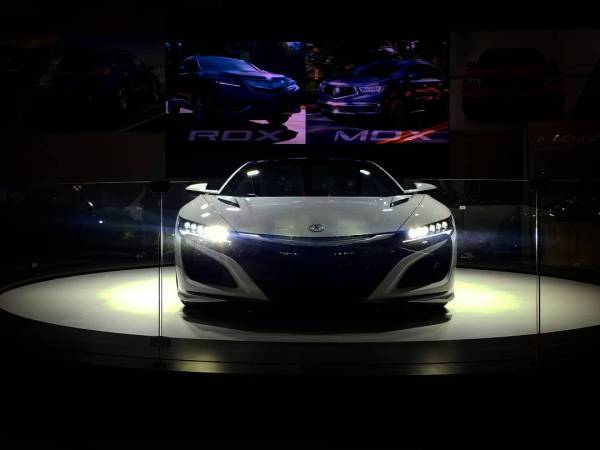 Every year around valentine’s day, the auto-show makes it way to Toronto. When I was really young, I can remember walking through the show with my dad and being absolutely amazed with different manufactures concept cars. As I’ve gotten older, I started going to the show by myself or with friends and spending almost entire days there staring and sitting at all kinds of new cars (last year I made 3 trips…) 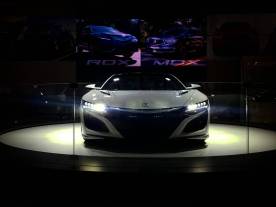 Being a 21st century car enthusiast, the majority of my automotive media consumption comes from the internet in the form of YouTube videos, podcasts and blog posts. All of the online content producers that I follow daily always seem to have had interesting experiences at media days at auto shows. 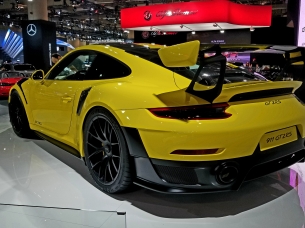 After listening to an episode of ‘The Smoking Tire’ podcast where they were arguing which manufacturer provided the best free coffee and croissant (it was Volvo) at the Los Angeles Auto Show, I became extremely intrigued with trying to get into media day. About 3 weeks ago I was sitting at home, bored of doing data homework and I googled “Toronto Auto Show Media Pass”. I ended up filling out the application form just for fun on the off chance that it might get accepted. Later that night I got an email from the auto show relations department, they had accepted my application. 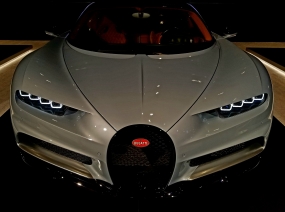 Because this was my first time attending an event like this, I wanted to make sure that I was doing it correctly. I started by ditching my baseball hat, hoodie and salt stained Adidas for a sport jacket, a fresh pair of jeans and a dress shirt. Next, I figured that if I was going to look like somebody from the media, I needed a camera that looked more impressive than my phone. Thankfully, my mum very kindly lent me her Nikon DSLR and tripod. Although I used my phone for most of the pictures that I took, the camera really helped me pull off the press look… or at least I thought so.

Media day started early, the complimentary breakfast starting at 7 am. I have never been so excited to wake up at 6 am in my life. After enjoying a free breakfast burrito and orange juice, it was time for the show to begin. It was kicked off with Christian Von Koenigsegg, introducing his new car, the Koenigsegg Agera RS, officially, the fastest car in the world, in the Metro Toronto Convention Centre theatre. 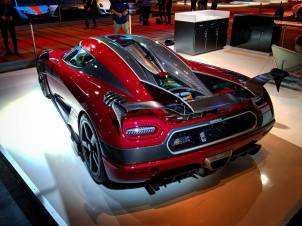 I have seen many Lamborghini’s and Ferrari’s in my life but the Agera RS is heads and tails above anything else when it comes to presences. The car is entirely made of carbon fibre and it appears as though every piece on the car was engineered with form following function. After that presentation [what a great way to start the morning] the media unveiling tour began. It started with VW releasing the new Passat GT and Arteon and proceeded to move onto Mitsubishi, Nissan and Hyundai. At the Hyundai press launch where they were showing off the new Veloster N hot hatch, I ran into 2 guys that I watch on YouTube called ‘The Straight Pipes’. Once I had finished being a fanboy, they told me that for the best auto-show experience, I should skip some of the more boring unveiling and make my way over to the other hall because it would be completely empty. They couldn’t have been more right. I ended up walking around all by myself getting great pictures of cars that would be otherwise swarmed. One of my favourite things to do at the car show is try out different car stereos. 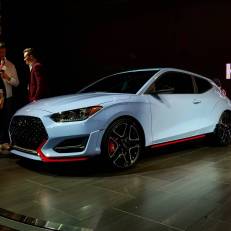 Another plus of media day is the fact that many of the cars that are locked to the general public are open for the press. When I was in the second hall [by myself], I made my way around connecting my phones to various cars stereos. Now…I’m no audiophile, but I found the Mercedes AMG GTR, Cadillac CT6, Tesla Model 3 and Lincoln Navigator to have the most impressive stereos. 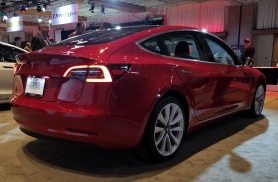 As the the media tour wrapped up, the majority of them either left or went to the reception, something I wasn’t allowed into because I am 17 and can’t legally drink. I spent the rest of the day wandering around continuing to look at cars and watching them do the final setup for the official opening of the show the next day. At around 4pm, I was politely asked to leave the show as all the media had left.

If there was anything that I took away from this experience is, first, attending media day is the BEST way to go the the car show and second, it never hurts to ask. 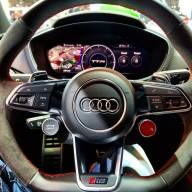 One of my favourite sayings that my dad uses is “the worst they will say is no”. When I applied for the pass, I figured that he was right, the worst that could happen is that I would end up going to the auto show with the public, not a big deal. Because I decided to apply, and then ended up with a media pass, I had one of the most fun days of my life. And considering I woke up at 5:50 am, that says a lot. 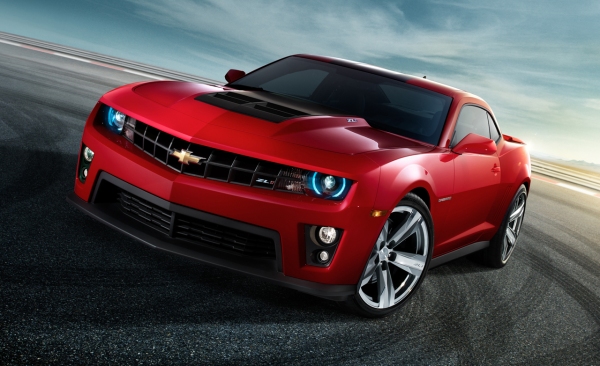 It’s 2018, and the big three, Ford, GM and Chrysler (well Dodge actually) are back at it again, fighting for the muscle car crown. In 2012, Chevy released the fastest Camaro of all time. They called it the ZL1 and at the time of its launch, it boasted a 580 hp supercharged V8 on top of supercar beating Nurburgring lap times. In the following year, Ford unveiled the GT500 in attempt to one up the ZL1. The GT500 shared the same engine block with the Ford GT Supercar and had astronomical 662 hp. A few years went by and Dodge figured they should weigh into the horsepower war. When Dodge SRT dropped the 707 hp Hellcat, the automotive world lost its mind. The Hellcat basically epitomized the 60’s muscle car mentality: power first and everything else will follow.

In the past four years, things have started to change a little bit. It all started when Chevy pulled the covers off the new Camaro Z/28. It was a throwback to the trans-am racing Camaro’s of the 60’s and 70’s. To live up to the name, Chevy fitted it with all the possible components to turn the Camaro into a track monster. Some of its most impressive upgrades were the 305 section Pirelli Trofeo R tires, massive carbon ceramic brakes off of the Corvette and the famous GM power-plant, the LS7 V8. But in doing this, Chevy took  the focus off big horsepower numbers (the Z28’s engine has about 80 HP less than the older ZL1) and put it onto more track biased muscle cars. The Z/28 was in a class of its own, impressing the automotive world until rumors started being spread that Ford was developing a flat plane crank V8 for its upcoming Performance Mustang. Yes. The company that just ditched using solid rear axles (an ancient technology) in it’s top Muscle car was using race car technology to develop its engine for their next top sports car.

In late 2014, the rumors became true when Ford let the world see its Mustang GT350 and GT350 R. Along with its V8 that could rev to 8,200 RPM, it had tires, brakes and wheels that would allow it to out perform the Z/28. The GT350 was and still is a massive hit with the worlds automotive journalists. As the dust settled, the MK6 Camaro was released and most people were expecting the performance version of the Camaro to be released in 2 years or so. Not so. At the last years New York Auto Show, Chevy released the 640 hp MK6 ZL1. It shares its supercharged engine with the Corvette ZO6 and CTS-V. Although this may seem to be a return to muscle car form for Chevy, the new ZL1 has proven to be the ultimate Camaro.

The MK6 ZL1 uses both high horsepower and impressive chassis dynamics to insure that it is a better all around package. The ZL1 has been out for around a year now and has received massive praise from reviewers and owners. This begs the question, what is Ford doing? Although there are rumours that Ford is developing a new Twin Turbo super Mustang, they have remained fairly quiet. Even if Ford doesn’t have a car to face off the the new ZL1, we are still living in a world where the current performance car kings are big, brutish American V8’s which is absolutely fine by me. 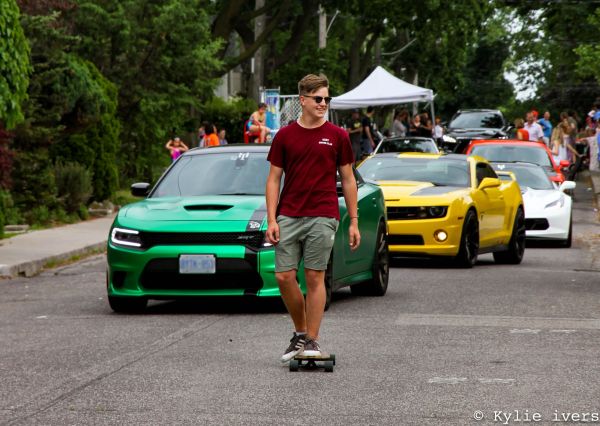 Hi everybody. My name is Jack Snell. Im 17 years old, Im in Grade 12 and I am absolutely obsessed with cars. Its kind of funny, that previous sentence is pretty much  how I introduce myself to basically everybody. It accurately describes who I am. Ever since I can remember, I have been obsessed with anything motorized. It started with trucks. My dad used to take me to truck dealerships, no not like a RAM dealer, think more likeKen-Worth or Peter-built. I can remember trying to memorize what make and model of truck it was by the grill and headlights. When I turned 6, my dad rented us a Hummer (my favourite car at the time… Leave me alone I was 6) and we went to go see Pixar Cars in theatre. This is what really started my obsession with cars. I started reading about cars, looking at cars on the street and watching car shows to try and memorize all makes and models. Over the last 11 years my passion has kind of spiralled out of control but meh, it makes me happy. Nowadays I indulge my obsession by watching all sorts of automotive You-tuber’s, specifically Matt Farah of the Smoking Tire and TJ Hunt. I also listen to automotive podcasts and read car magazines religiously. My dream job is to be a real automotive journalist but to get there I need to develop my own set of values and beliefs towards cars. Like any other young automotive enthusiast, I have began to develop my own ideas and opinions about specific cars and the automotive industry as a whole based largely on the opinions of real auto-journo’s. This poses an issue… One of the largest pet peeves of auto journalists on the internet are people like me, people that have no actual experience driving or even being around the cars in question but feel like their opinion is the be all and end all. Although I don’t consider myself a typical 17 year old Youtube commenter, I know my place and I know that most of my beliefs and opinions don’t hold any substantial value. That is why I have created this Blog. If you are looking for a professional opinion on the latest and greatest cars, this is not the place to be. On the other hand, if you want to hear a knowledgable but inexperienced kid rant and express his opinion on cars, you’re in the right place. And   eh, maybe someday I might be able to get my hands on real cars so that I can give a proper educated opinion.